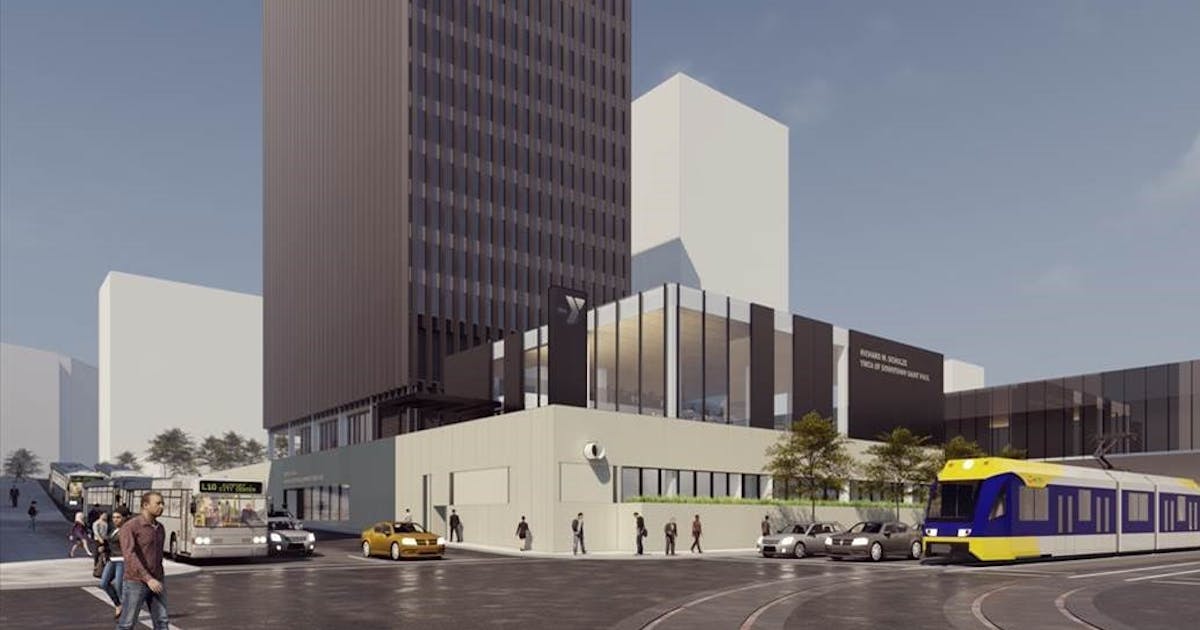 The Twin Cities YMCA has nixed plans for a “boutique” fitness facility in downtown St. Paul that was slated to open later this year.

The YMCA of the North announced last year that it would open a $20 million, two-story fitness center off 5th Street E. and Cedar Street this fall. But the nonprofit has put the plans on hold indefinitely after a request for $10 million in state funding didn’t pass the Legislature in 2021.

“We really were enthused about that potential site,” he said. “[But] the funding dynamics and the pandemic changing consumer behavior really played a big role.”

After closing a larger Lowertown fitness center in 2020 in the former Galtier Plaza building, the YMCA announced plans to build a smaller, 25,000-square-foot facility to host fitness classes and other services downtown. The plan was to redevelop a portion of the one-story former Ecolab training center and plaza near the Green Line light-rail transit line.

Gunderson said then that the space would be focused on overall well-being, a shift from the traditional “monolithic, massive” fitness-only centers.

“As we measured who was coming downtown and what the residential population was looking like, the need [for a facility] wasn’t as great as it is around our child care … [and] some of our other programming,” Gunderson said.

St. Paul Downtown Alliance President Joe Spencer said Friday in a statement that he was “deeply disappointed” that the YMCA had dropped its plans.

“As the capital city with a strong concentration of both workers and residents and the largest job center in the east metro, we are unsure why this particular Y needed bonding support to open,” Spencer wrote. “But in spite of that, our whole community rallied together to try and make this a reality. When they are ready to open a new location downtown, we will be ready to support them however needed.”

The YMCA still operates two fitness facilities in the city — Midway and Eastside Ys — and a drop-in Teen Tech Center in downtown St. Paul. Gunderson said the Y could open a downtown facility somewhere at a later date if downtown offices and residential development increase, “but it’s just going to take longer than we hoped.”

In downtown Minneapolis, the YMCA spent $30 million renovating a shopping mall in 2018 into a five-level fitness and well-being center, the Douglas Dayton YMCA at Gaviidae Commons, which also includes the nonprofit’s offices and headquarters.

Now, although the YMCA is seeing less interest in its fitness facilities during the pandemic, Gunderson said there’s a resurgence in interest in youth and family programs such as a new program called “Nature in the Neighborhood” that provides outdoor activities to kids at local parks or other nearby community spaces. A new day camp is also opening near Lakeville next week.

Gunderson said it’s part of the YMCA shifting its focus from traditional buildings — usually a gym — to broader community programs ranging from well-being and equity to online classes.

“Part of what the pandemic did is force all organizations to kind of reinvent,” he said. “We just continue to stay focused on our values and how can we make a demonstrative impact on the communities, and keep evolving.”